Looks like it will be a soggy chilly night here in Portland, but I’ve got a bowl full of candy and stickers ready for any hardy trick-or-treaters! I’ve carved a few pumpkins to ward off the evil spirits and even went extra traditional with a turnip this year! Why a turnip? Pumpkins are a plant from the Americas and the Samhain tradition of warding off evil with grotesque vegetable lamps began before such crops were imported to the British Isles. If you decide to try turnip carving for yourself, be wary of the hollowing out portion, I nearly cut myself with a paring knife. I found a sturdy spoon to be fairly effective for scraping once I’d bored a hole into it.

The orange pumpkin is based on my Black Shuck woodcut which originally appeared in Arcanum Bestiarum. It was carved with inexpensive woodcut and linoleum tools. I’m hoping I’ve shaved the pumpkin wall enough to get a good glow out of it tonight! 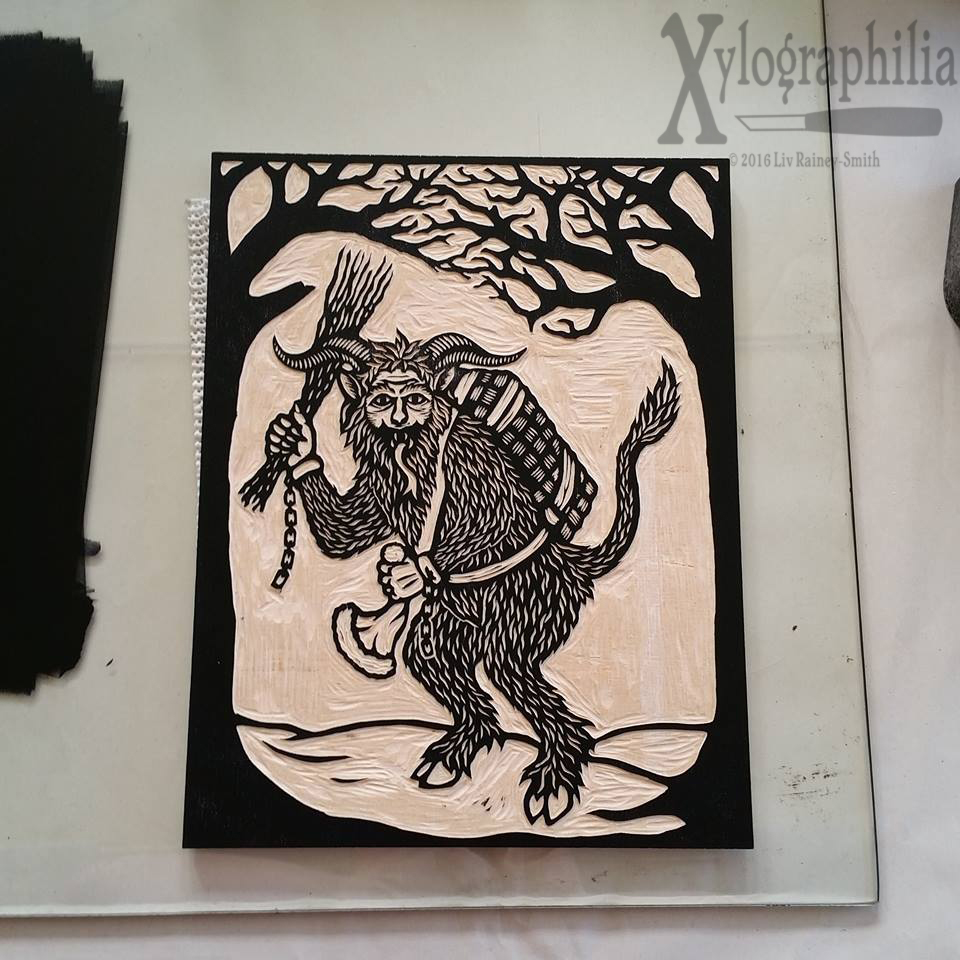 If you’re in the Portland, Oregon area, you’ll have multiple opportunities to see my latest (including the new Krampus print) in November including:

Wells & Verne
734 E Burnside St, Portland, OR
Opening reception 6-9pm
I will be in attendance and we’ll have a selection of my Sigh Co Graphic shirts as well as prints and lapel pins. Show will hang approximately one month.

Backstory Books & Yarn
6010 SE Foster Rd, Portland, OR
Opening reception 4-8pm
I’ll be carving a woodcut during the reception and have a large selection of prints plus bookmarks and cards. Show will hang approximately one month

Siren Nation Art & Craft Fair
Located in the McMenamin’s Kennedy School Gym
10am-4pm
This is a great opportunity to visit an eclectic array of local artists and craftspeople. I’ll have a somewhat limited selection due to space constraints, so please e-mail me if you would like me to have something specific on hand. First 35 visitors in the door will receive a gift bag, which from what I’ve seen in the past is rather nice, so queue early if you’d like a shot at receiving one. 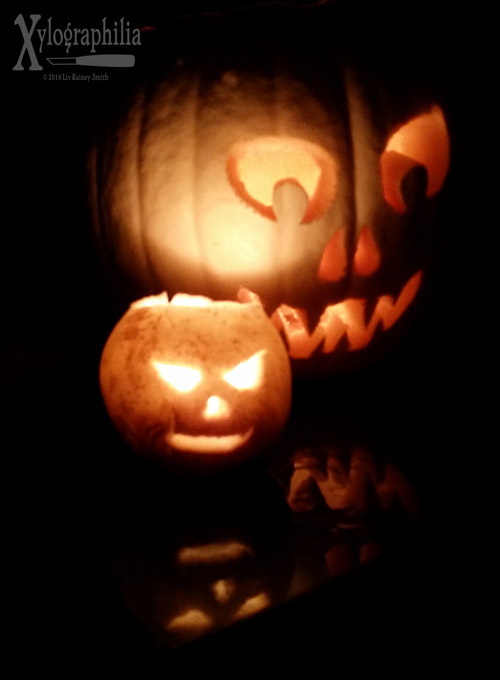 Last but not least, Krampus enamel pin pre-orders will ship November 7th. I expect to have them done just before the Wells & Verne show, but I won’t have time to package and ship them ahead of the show. If you’d like to pick yours up during the opening party on November 4th, let me know.

Patron subscription packages will also be shipping in early November. If you’d like in on this shipment, pledge via Patreon before October ends! Rewards for pledges made in November will ship in early December.

Have a delightfully haunted Halloween,
Liv